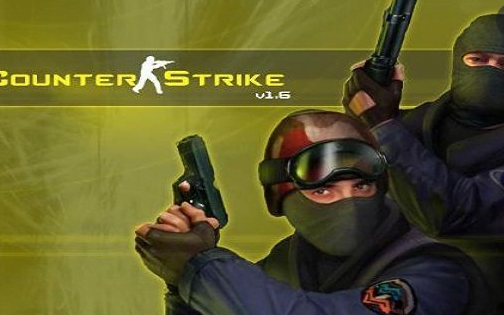 Playing an online game that involves any element of competition, by default, already means exposing yourself to unsolicited criticism, and sometimes very inadequate. Well, you probably know what I mean. And in CS you probably get a lot of criticism in particular: dead teammates, who sometimes aren’t far off from the seeds, can talk to you and watch you do things. And when you’re the last survivor in the team and all four others are watching you… that’s even candy. Don‘t have cs ? You can download cs frome here.

Each of us has watched hundreds of times and been ready to rip a survivor to shreds for missteps, many probably pointed out what weapons to get and criticized the use of grenades in one-on-one combat. By the way, when you are the last player left, this attitude is very annoying…

However, apart from inadequate lines, there are some very useful ones. So here’s a list of the best advice (censored, of course) from the evil-tempered teammates who aren’t actually that dumb and stuff.

Shooters, especially single-player shooters, have accustomed people to reloading after every kill. There must be a full magazine – a reflex already instilled in players, like Pavlov’s dog. However, the first thing a CS newbie should do is kick the habit. Most weapons here take two to four seconds to reload; in that time someone can jump out from around a corner or pass through the area you’re defending. More importantly, at close range, the sound of reloading gives away your location. So think what’s better: a full magazine and the enemy knowing where you are, or an almost empty gun but the same ignorance?

Don’t underestimate how much you can do with four or five bullets. Usually three shots to the head is enough to take health from a hundred to zero – and by the end of the round it’s unlikely that anyone will have 100 HP at all.

A very common mistake picked up, usually from streaming tournaments: just quickly pushing left and right. Ask yourself the question: what are you doing? It doesn’t make any sense or have any tactical value. Just because someone does it doesn’t mean it’s good. Oh school, taught you to cheat and now it’s dragging where it doesn’t belong!

No, experimenting with something you’ve seen somewhere is good. But it is much better to understand the advantages of each manoeuvre and to repeat it afterwards. For example, backing away from your own light grenades while entering is certainly reasonable, but is the point at which you threw the grenade good in this case?

“Don’t you throw that grenade.”

Strap the ring back on. There you go. People have too much confidence in fragmentation grenades, and most start taking the point just by using them. However, the realization sometimes comes and sometimes it doesn’t: a grenade isn’t going to kill anyone. Even if you put that grenade in your opponent’s mouth, it will only do 57 damage. If you’ve played too much CS, where grenades knocked out a maximum of 72 damage against armored opponents, you’ll have to re-learn – here even a perfect throw will do as much as two bullets.