Things You Should Know About Electrified Fencing 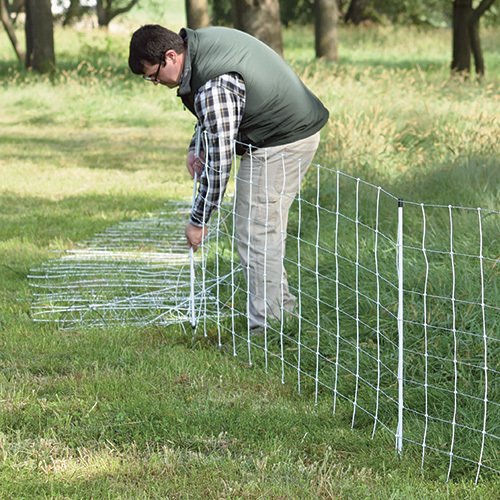 Electrified fencing is a viable replacement of barbed wired for containing animals on open land. If you are new to the electric fence concept though, you might not fully understand some of the finer details of this form of animal containment. For example, check out these three things that new fence owners are often surprised to learn:

1. Electrified Fencing Is Not Lethal

People unfamiliar with electrified fencing in an agricultural setting are quick to think of correctional facilities and top-secret government installations when the topic of electric fences comes up. To be clear, we are talking two different kinds of fences here.

A fence constructed using the materials we sell is not lethal. It is uncomfortable for sure, but it is a low voltage fence that acts as a reminder to stay clear more than anything else. Neither animals nor humans are at risk of serious injury or death if an electrified fence is installed and maintained properly.

2. Electrical Current Is Not Constant

The way to make an electrified fence effective without being harmful is to send electrical current through the wire in a certain way. That is exactly what our fence energizers do. Rather than sending current at a constant rate, an energizer sends short bursts of current at regular intervals.

A constant current would be potentially harmful on contact. Why? Because it is more difficult to pull away and break the connection. But by sending intermittent pulses of electrical current through fence wire instead, the energizer creates a quick shock that gets an animal’s attention without zapping it with an unbroken and harmful amount of current.

3. Electrified Fencing is a Psychological Barrier

The truth is that electrified fencing wire is not strong enough to prevent a determined cow from breaking through. But it doesn’t have to be. The cow’s psychology is strong enough to keep the animal away from the fence.

When a landowner first installs an electrified fence where none existed before, cattle have to be trained to respond to it in a certain way. The landowner sets up a temporary section of fence inside an enclosed area, then puts food on one side and his animals on the other.

All it takes is a few shocks for the cattle to figure out that it is a lot more comfortable to walk around the fence than sticking their heads between the wires in order to get to the food. Once they learn that, they will avoid going anywhere near an electrified fence in the field.

Electrified fencing is a safe, effective, and humane way of keeping cattle and other animals contained on open land. Mytee Products is thrilled to now offer everything you need to install your own fencing. We have the wire, energizers, and other materials you are looking for at affordable prices. If you need something you do not see on our website, don’t be afraid to ask about it.