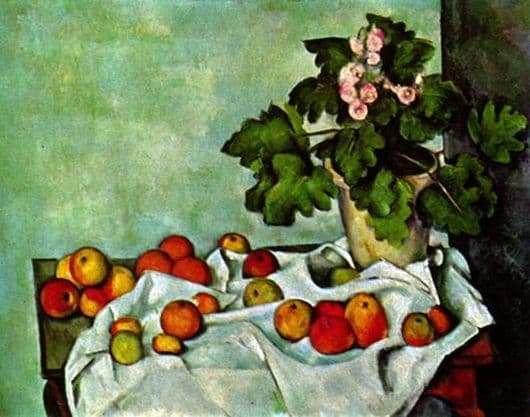 Post-Impressionist artist Paul Cezanne is considered one of the most famous and influential artists of the late 19th and early 20th centuries. His beautifully unique paintings and novel ideas sparked the modern art movement that revolutionized the art world forever.

Cezanne’s artwork and inventive new ideas would go on to inspire many great artists such as Pablo Picasso, Paul Gauguin, Renoir, and Henri Matisse. All acknowledged Cezanne’s brilliance and recognized him as the father of Cubism and a true master.

Cezanne also differed from many other artists because he came from money. He was given money by his father to start his painting career and was left a large inheritance after his father’s death. This meant that Cezanne didn’t have to worry about money and was free to follow his passion.

As a result of all these factors, Cezanne’s drawings and paintings are now worth an absolute fortune on today’s market. The following article looks at Cezanne’s net worth today, some of his most famous and expensive paintings, and some exciting details behind them.

The Pool at Jas Bouffan is another one of Paul Cezanne’s drawings that used his family estate as the model for the painting. Like many Impressionist and Post-Impressionist painters, Cezanne painted the same topic from many different perspectives and moods.

The painting is so exquisitely vibrant and texturally rich. It is easy to see why the famous painter Cezanne was considered one of the greatest artists of the modern era. His landscape works rival any great modern landscape painters such as Monet and Van Gogh.

Like the other great landscape painters, Cezanne used his life and surroundings to inspire his artwork. The Pool at Jas Bouffan is a prime example of Cezanne’s colorful appreciation for the beauty of life and nature. It’s currently housed in a private collection and is estimated to be worth millions of dollars to the right buyer.

The painting of L’Alle au Jas de Bouffan, or the Avenue at the Jas de Bouffan as it is known in English, is an Impressionist-style landscape painting of the driveway leading to Cezanne’s family estate. It would take one of the first paintings, including chestnut trees, that Cezanne would later become known for.

For Post-Impressionist artist Paul Cezanne, art was all about pushing the boundaries of what was possible, and as a result, his style continuously changed throughout his life. The Avenue at Jas de Bouffan is an early example of Cezanne’s more traditional Impressionist style before he genuinely found himself as an artist.

It was painted using a palette knife and features the beginnings of many of the ideas that Cezanne would later fully embrace, concepts such as complex geometrical spacing and angular dimensions of trees. The artwork currently resides in the Art Institute of Chicago in the United States.

One of the reasons why Paul Cezanne is considered a famous painter is that, unlike many artists who primarily specialize in one particular facet of painting, Cezanne instead painted paintings on a wide variety of different genres and topics.

Whether portraits, landscapes, or still life paintings, the Post-Impressionist maestro could do it all. One example of Cezanne’s still life genius is his 1894 painting titled Rideau, Cruchon et Compotier, which simply means Curtain, Jug, and Fruit Bowl in English.

Like the Avenue at Jas de Bouffan, this is another of Cezanne’s earlier masterpieces. Although more conventional than his later work, there are still the elements of the experimental that Cezanne is known for. Rideau, Cruchon et Compotier was sold at auction in 1999 for $60.5 million dollars.

The Boy in the Red Vest is certainly one of Cezanne’s most accomplished paintings and his most famous portrait painting. It holds all of the trademarks and brilliance of the Post-Impressionist master within its brushstrokes.

It is one of three paintings that portrays a young boy in a stately home that is believed to be painter Cezanne. The boy is painted in a selection of three poses, all of a sullen nature. In contrast to the boy’s bright vest, the darker tones represent Cezanne’s theory of the relationship between object and space.

It was one of the only times Cezanne spent some of his money on a professional model. Painted during the French artist’s ‘Mature’ period, you can feel the maturity of an artist who had been painting for many years. It is valued at over 90 million dollars today and currently resides in Zurich, Switzerland, after an eventful past.

The Card Players was sold at auction in 2011 to the Royal family of Qatar for an estimated $250 million U.S dollars. The artwork is regarded as one of the most expensive paintings ever to be sold at auction, only to be outdone by Leonardo da Vinci’s Salvator Mundi in 2017. Today Cezanne’s painting is estimated to be worth over 300 million dollars.

The painting itself is just one in a series of paintings involving the topic of card players, which makes its price tag even more impressive. The Card Players hold an added importance as it represents a turning point in Cezanne’s career when the artist moved in his final period.

Cezanne used some local farmhands who worked on his family’s estate as the models for the painting. In addition, activity around the French artist’s estate, the Jas de Bouffan, would play a significant role in many of Cezanne’s drawings and paintings.

Post-Impressionist painter Paul Cezanne certainly left a lasting legacy. Not only did Cezanne leave a significant and lasting impact on the painting profession, but his artwork and family wealth are also estimated to be worth hundreds of millions in value, making the painter one of the most successful artists of all time.