HomeLifestyleChristianity in Australia: From Christian Churches to Relics of Religious Texts
Lifestyle

Christianity in Australia: From Christian Churches to Relics of Religious Texts 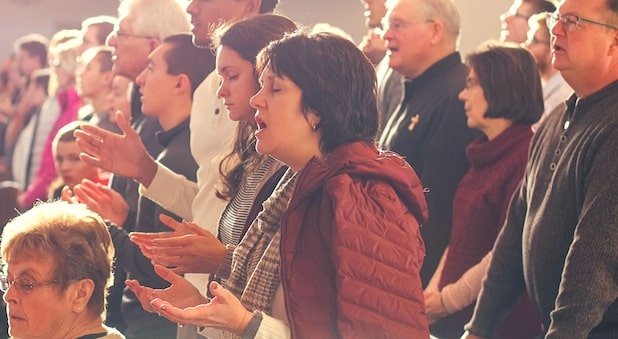 Christianity continues to be the most widely practised religion in Australia, with more than 52 per cent of the population identifying as Christians as of 2011. While Australia is not mainly a religious hotspot, there are various sites and activities for the religiously inclined traveller to take pleasure in.

Australia is home to several churches, and every location has a Christian book store to feed the needs of the most ardent of devoted readers. The unique churches in Australia provide visitors with an opportunity to learn about the religious landscape in the nation while browsing through a vast choice of books in the shops, ranging from children’s bible tales to self-help literature. Meanwhile, various churches in Australia date back to the nineteenth century and a few earlier ones, and when you visit these cathedrals, you may enjoy the architecture and history.

Most churches in Australia are built in the neo-gothic architectural style, and each one has distinctive qualities that distinguish it from the others. As such, travellers may easily integrate church visits into their vacation plans since several churches around Australia cater to the needs of every Christian.

This church is a congregation of Uniting Church in Australia. This church, built-in 1809 and registered as a historic property, is the oldest in Australia. Locals contributed finances and labour to construct the church, which is still used today. The church, designed by Andrew Johnston, took more than a decade to complete and is still standing on Coromandel Road in Hawkesbury, New South Wales, today. This chapel was also the site of the first residents in Portland Head and served as a school and graveyard for the community. Despite various repairs over the years, its architecture retains its old-world beauty. The interior has also been renovated.

Tourists in Sydney should pay a visit to St. Mary’s Cathedral, which has been elevated to minor basilica status by Pope Pius the XI. Its architectural style is known as Gothic revival, and it attempts to replicate traditional Gothic characteristics while also including specific modern ideas. It is constructed of sandstone and has exquisite stained glass windows built in the 1880s and 14 massive bells. This church, located just across the street from Hyde Park in Sydney, also contains an underground crypt with mosaic flooring available to the public.

The St.George Cathedral, with its jarrah arches, bluestone pillars, and brick and limestone edifice, is an incredible sight to see and is a vital element of Perth’s cityscape. It is a magnificent sight to behold, while this cathedral has also been designated as a national historic landmark since 2001 because of its true Victorian Gothic architecture, which is unique in this part of the country. Several of the materials used in the cathedral were acquired from throughout the world, such as the marble from Italy and the French Caen stone pulpit. A key landmark for the Anglican community in London, it is a wonderful addition to any tourist’s itinerary and should not be missed.

Adelaide, popularly known as the “City of Churches,” is the ideal destination for Christians seeking a spiritual retreat. Because it is the oldest cathedral in Australia, St. Francis’s Cathedral, erected in 1851 but with a standing tower completed in 1996 and reflected the Gothic-revival architectural style, has a prominent position in the city. The Murphy Bell, located in the centre of the tower, is surrounded by 13 additional bells that are run by members of the Bellringer’s Association of Australia and New Zealand.

This church is notable for the fact that it was designed by Joseph Reed, who was also the architect of the Melbourne Town Hall, among other things. While the ancient church has been in existence since 1839, it was completely renovated in 1886 by the famous architect and has remained in place to this day. The theatre-like atmosphere and acoustics of this cathedral, influenced by early Roman construction, make it one of a kind. Meanwhile, the inside of the church is curved to allow for greater sound transmission and to ensure that all attendees can hear the preacher.

Australia’s major areas are home to a diverse range of churches, cathedrals, and chapels, and every town and city has at least one Christian book store for religiously inclined tourists. As such, tourists may easily combine or add church visits to their schedule, allowing them to learn more about the history of Australia.

Why We Should Buy Maserati Watch

What is an Excess in the Motor Insurance?

All About Honda Bikes in Pakistan!