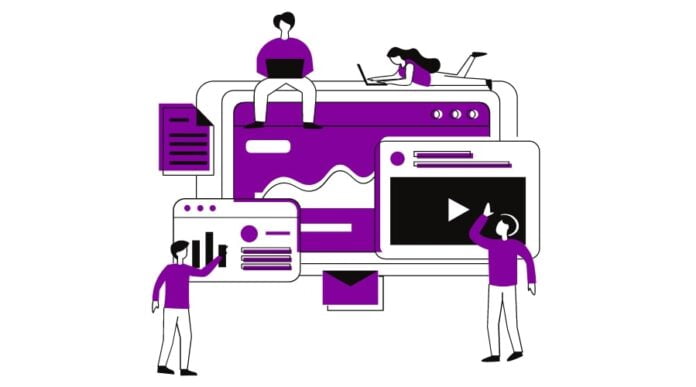 Guerrilla tactics come in to rescue when more traditional methods are failing. They are the other military who employ lethal tactics to shift the balance and conquer the opponent.

An excellent substitute for conventional marketing is guerilla marketing.

It is where unique thought and originality are valued, and small budgets take place over large ones.

What Is Guerrilla Marketing?

Guerrilla marketing is a collection of promotional techniques to start a marketing campaign for a far lower price than it would typically require.

No matter how little money goes into it, the outcome should still be more significant. In other words, guerrilla marketing increases a marketing effort’s effect.

It depends on how well your idea impresses your audience, whether you use paper or paint to spread it.

From the viewpoint of your potential customers, the more unorthodox, the more astounding.

All are taken aback by Spotify’s unique marketing strategies.

Spotify is necessary when discussing guerilla marketing case studies because of its focus on using music to engage audiences.

Before the new year began, Spotify ran a promotion to enable its customers to return and experience all the music they had found throughout the previous year.

It enables users to view all the songs, artists, and genres they have listened to and the duration of time spent listening to a select number of songs.

The campaign generated attention as the brand observed increased app downloads and new users. Non-subscribers were eager to participate as users posted stories about this effort.

Utilizing the advertisements of your rivals to attract people to your store?

The Burn that Ad campaign from Burger King is one of the well-thought-out and fruitful guerilla marketing examples.

The campaign’s central premise was to destroy rivals’ advertisements to win a free whopper at their neighborhood Burger King.

Users had to open the Burger King app, point at competitor posters or advertisements, and see the AR capability introduced to the app burn through them.

Consumers would receive a notification stating they had earned a complimentary whopper once the flames had subsided.

The advertisement was launched to raise publicity for their recent BK express launch, which allowed consumers to place orders ahead of time rather than wait in line.

The two objectives were to increase consumer understanding of the brand’s new electric automobiles while lowering pollution.

The focus of Hyundai’s advertising campaign was the production of environmentally friendly vehicles.

The company launched a campaign to raise awareness of the issue caused by the rise in plastic use, and it also devised a plan to address it.

A beach parking spot in Sanxenxo, Spain, had machines in 2018.

The concept was known as “Eco parking.” It prompted guests to pick up plastic bottles and deposit them in the machine to pay parking costs.

The time required to park for one bottle was 30 minutes. The location spike in visits throughout the 10-day promotion, and recycling activity increased.

The government of Spain passed a resolution to build additional machines as a result of the campaign’s widespread distribution across all channels.

Retaining viewers or consumers might depend a lot on nostalgia. Nintendo launched the “Wii’ll not forget” ad in 2017 while it was going through a difficult era.

They made a handful of Nintendo’s favorite characters using post it. This aims to encourage individuals to relive their youth and enjoy their old video games at the big release.

If your firm is just getting started, delivering a taste of the quality you are providing at the ideal location for a low price might attract a lot of curiosity.

Swiss Skydive employed visual interior marketing in 2009 when they were just starting. In the elevators of several multistory buildings, they installed realistic floor plans.

It allowed residents to enjoy the brand’s service of modestly viewing the city from the air. This campaign received both television and internet publicity. At a low cost, the brand increased its recognition.

To demonstrate the distinction between Ariel Actilift and other detergents, they launched the “Ariel Fashion Shoot” promo.

People may enter to win soiled clothing through online and physical promotions. Hugo Boss, Vivienne Westwood, and See by Chloé were some of the clothing manufacturers.

A Facebook or live-controllable robot was installed in Stockholm Central Station. The clothes have to be stained carefully.

Then, if they were to win the dress, Ariel would wash the clothes live with Ariel Actilift.

One of the best-known guerilla marketing instances is Ariel Fashion Shoot, which made advertisements for laundry detergent entertaining and engaging.

To acquire more exposure, prioritize your market. The business visited universities and sororities to market its platform when Tinder was launched.

College students made up their target market since they are outgoing and would be fascinated by the idea that Tinder was offering.

They prompted the students to install the app after each presentation. The group initially visited boy’s sororities before moving on to girls.

As a result of the campaign’s success, more individuals downloaded the app, and students helped spread the news about it.

Additionally, Tinder recruited students to spread the word about the app at events.

The parties featured a few membership criteria, such as requiring attendees to install the app before going or bringing a date they had connected with on Tinder.

Some of the most iconic commercials include the Coca-Cola brand. The majority of people like and recall their distinctive marketing tactics.

There are a few creative and effective guerilla marketing instances for this company. Sharing is the brand’s guiding principle and has been applied in several real-world contexts.

They set up a tall dispenser in honor of Friendship Day. The plan was for individuals to assist one another in climbing to the top to buy Coca-Cola.

Coca-Cola put dispensers in Lahore, Pakistan, and New Delhi, India. The purpose was to unite the two cities and spread joy.

Hugging the device was intended to result in receiving a coke bottle. This machine was the first set up at The National University of Singapore.

Think of consuming contaminated bottled water. Drinking dirty or colored water is not something anybody would like to do.

Using this concept, UNICEF aimed to educate wealthy people about the fact that many parts of the globe lack access to safe drinking water.

They built a “Dirty water vending machine” and put it in Union Square in New York in 2009.

Malaria, dengue, and typhoid were just a few of the water tastes available from the machine. The flavors are named after ailments that strike populations because there isn’t pure or safe water to drink.

The purpose was to alert the populace to the situation and to make them aware of how much money they were spending on bottled water.

The bottles cost $1 each, and they explained that a single gift might give youngsters access to clean drinking water for 40 days.

Even more, UNICEF gave the public facts and data on the problem. The initiative received a lot of media attention and money.

Why Gift Cards Are Awesome: The Ultimate Buyer’s Guide

Where can I search for similar images?