HomeBusinessWhat are Gold Grams Worth?
Business

What are Gold Grams Worth? 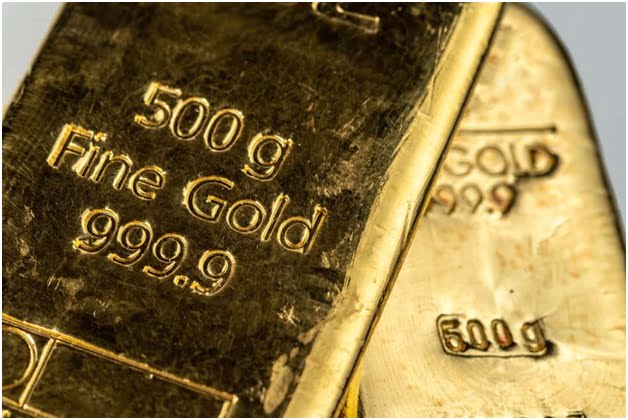 There is a reason why gold is still relevant today and that’s because this precious metal is just too useful. Predominantly found in South Africa deep in the earth, gold has many uses.

Most computers use it in their electrical wirings because of their good conductive capabilities. It is one of the easiest materials to work with because of how easy it assumes another shape and in fact, gold is still an accepted means of trade up till now.

So, what is it worth? These and more will be addressed below.

The Price of a Gram of Gold

At some point, you might have wondered what grams of gold worth as these are the smallest amounts of the metal that can be purchased on the open market.  As of now it is worth $61, with minor fluctuations to the $55 range in previous weeks.

The price of a gram of gold in the United States can be said to be a standard other countries use in their own assessments.

Of course this had to be the first use we would address. Since ancient times, this shiny metal has been associated with society’s richest and most affluent.

All over the world, different cultures make their most revered objects from it. This metal was so precious that seeing an object made from it automatically told you its importance to the owner.

In modern times we have still not abandoned it in the manufacturing of jewelry. You can often find famous hip-hop celebrities adorned with jewelry made from this metal. No wonder it is considered the most important precious metal.

In the world of sports, athletes who prove to be the best in their fields are adorned with medals made from this metal. The list goes on and on, from movie awards such as Oscars to Grammies, expensive art pieces to wedding bands, you see its use everywhere.

Gold as a Purchasing Power
It is a well-known fact that scarcity creates value, and this commodity is very scarce and expensive. Our first knowledge of gold being used as a means of trade dates back to over 6000 years. At the time other precious metals like silver, bronze, and copper were also used.

When paper money first came into use, so many users didn’t trust it while some called it worthless. It was gold that came to the rescue. The gold equivalent of whatever amount of money released for circulation was kept for safekeeping. This way, users who had a hard time trusting paper money had their fears put to rest.

This was the period when the phrase “gold standard” came into use, owing to the gold kept to back the paper money in circulation. During this period you could go to any bank and show them your paper currency in exchange for the exact value in gold. Click here to learn more about the gold standard.

At a point, the “gold standard “became too troublesome to maintain and it was phased out by governments worldwide.

Most of our devices like phones, laptops, monitors, televisions operate on a very low voltage or at least some components they have do. These components can get corroded and tarnished if another metal were to be used. But with this metal, such fears are eliminated.

This is why most manufacturers make use of it in their production process. But don’t go breaking your phone in search of gold. The amount used is so minuscule you will need hundreds of such devices to get reasonable loot.

Besides being corrosion and tarnish-free, its conductive properties are second to none. This metal can carry a minuscule amount of current efficiently.

If you need a dental filing do you think a metal like iron can be used? The answer is no.With an environment like the mouth which is always wet and damp, the filing will be rusted in no time. Because of its ability to resist rust and also how stunning it looks, gold is a favorite by dentists everywhere.

We have records of this precious metal being used for dental work as far back as 700 B.C by a group of people known as  ”Etruscans”. They used this metal for tying down new teeth in the mouths of their patients. It’s astonishing to think even back then humans understood how different it was from other metals.

Another reason why dentists world-wide love this metal is because of its non-allergenic properties. You don’t need to worry about a client having reactions to it when used. It also doesn’t react to any chemical which makes their work a lot easier. Visit https://yourdentalhealthresource.com/to learn more about the use of gold in dentistry.

Gold has become a standard worldwide. What do you give a champion; the most precious metal known to man! Olympians who best their colleagues with incredible feats of human prowess are bestowed this piece of this metal as reward for their hard work, besides other compensations of course.

In fact certain sports who don’t wish to get a big gold trophy because of how heavy it will be, always paint whatever metal they use to look like it. This goes to show how much importance humans attach to it.

Its use goes beyond the world of sports into any prestigious award offered to humans. In the Oscars awards given to actors for superb performances are made of pure gold. The same goes for the Grammys.