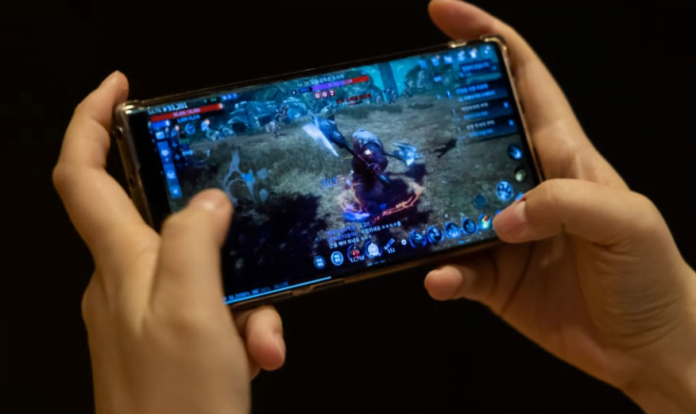 #1: The Acquisition of Activision Blizzard by Microsoft

On January 18, 2022, Microsoft announced that it will acquire Activision Blizzard for US$68.7 billion in all cash. This transaction will also create a record for the acquisition amount of the global gaming industry. As soon as the news came out, it shocked the whole world immediately, and Activision Blizzard, which was deeply involved in various scandals, was also regarded by the outside world as having found a straw. Since the businesses of the acquiring parties are all over the world, this transaction needs to be approved by the regulatory authorities of 16 countries and regions around the world, including China, the United States, the United Kingdom, and the European Union. However, so far, only a few countries, such as Brazil and Saudi Arabia, have unconditionally approved this merger. Regulators in major game markets are still conducting strict anti-monopoly reviews on this case, especially the European Union, which lacks game giants. I am particularly worried about a “big mac” that may threaten the development of the European gaming industry. What caused Microsoft’s acquisition to be blocked was the “stumbling” of old rival Sony behind it. In particular, “Call of Duty” may leave the PS platform and cause the loss of users, which has become Sony’s best excuse for “selling badly”.

The Russian economy has been reeling from Western sanctions since the conflict between Russia and Ukraine erupted in February. Among them, the seemingly unimportant gaming industry in Russia has also suffered industry collapse and brain drain. In this context, Russia has already carried out comprehensive localization substitution attempts in fields including app stores and game malls. The support plan launched this time is to try to rebuild the Russian gaming industry, and at the same time it clearly proposes to incubate a batch of high-quality games, which will become the country’s “soft power tool” to compete with popular games overseas.

The volatility of the capital market brought about by the global economic downturn will also affect the once glorious Web3 in 2022 without any suspense. In May, Luna, a cryptocurrency launched by South Korea’s Terra Company, ushered in an avalanche plunge, from a price of $80 at one time. The high level fell below the life-and-death line of $1. Since Luna currency maintains a 1:1 theoretical exchange relationship with Terra’s other token UST, and the latter maintains a 1:1 theoretical exchange relationship with the U.S. dollar, falling below 1 yuan will directly lead to the systemic collapse of the entire token. FTX, the world’s second largest encrypted token exchange, also suffered a catastrophe. On November 11, FTX officially declared bankruptcy, which directly impacted many Korean game companies that listed virtual tokens and digital assets on FTX, including Yumeide and Netmarble. In addition to the general decline in token prices, some company’s stock price has also fluctuated, and investors’ anxiety is self-evident. Although giants including Line, the largest IM platform in Japan, are still choosing to enter various Web3 businesses including the Web3 game platform in 2022, there is no doubt that the continuous collapse from tokens to platforms has made Web3 the most popular in 2022. suffered an epic collapse of confidence in 2009.

In February, on the occasion of Stadia’s second anniversary, Google downgraded Stadia’s internal rating. On September 29, Google officially announced that it will shut down the cloud gaming platform on January 18 next year and open a refund channel. Regarding the failure of the Stadia business, industry analysts believe that the lack of exclusive games and high-quality games is the key reason for the failure. Google, on the other hand, said that despite Stadia’s shutdown, its underlying technology will continue to power YouTube, Google Play, and AR projects.

In November 2022, the European Parliament officially passed a resolution on the development of video games with an overwhelming majority of 560 votes in favor, 36 against and 16 abstentions. The passage of this bill means that the European Parliament, as the legislature, officially recognizes the huge economic, cultural and educational value hidden behind video games, and will accordingly urge the European Commission and the Council of the European Union to formulate a long-term video game development strategy. Also developing the gaming industry is Saudi Arabia, a country that is highly dependent on the oil economy and is considering games as the focus of its green economic transition. In 2022, the country’s sovereign fund has successively invested in a number of game manufacturers such as Capcom, Nintendo, NCsoft, Nexon, and SNK, and has become a major shareholder of many Japanese and Korean game manufacturers. At the same time, the country has also launched a game-specific investment plan totaling US$37.8 billion, which is committed to establishing 250 local game companies and creating 39,000 jobs, increasing the GDP contribution of the gaming industry by 2030. to 50 billion riyals (about 13.3 billion U.S. dollars). In addition, countries including Singapore and Canada are also making frequent moves in the development of the gaming industry. It is foreseeable that games will become a new battlefield for major powers to compete in economic, technological, cultural and other fields in the future.

#6: Third-party Stores May Avail in iOS

Apple’s iOS ecosystem has always been known for being safe, secure and closed. Unlike the Android platform, Apple has always prohibited users from obtaining and installing applications from sources other than the App Store. To this end, the EU formally promulgated the Digital Market Law this year to ensure fair competition. Therefore, it requires Apple to download apps from third-party stores and allows developers to use third-party payments. Antitrust changes in the internet ecosystem will be in the spotlight for a long time.

#7: Meta Suffered from Loss in Metaverse

Since the official renaming of Facebook to Meta at the end of last year, Zuckerberg’s determination to regain the Metaverse has become clear. To this end, in the past year, Meta has invested tens of billions of dollars in comprehensive research and development from hardware equipment to content ecology. However, the huge gap between ideals and reality not only prevents consumers from paying, but also makes investors leave the market angrily. In addition to frequent crises in various financial indicators, Meta’s stock price has also plummeted by 60% in the past year. Therefore, on November 10, Zuckerberg issued a letter to all employees, saying that he would lay off 11,000 employees on a large scale, accounting for 13% of his total employees. However, despite the “cost reduction and efficiency increase”, the stubborn Zuckerberg admitted that he had made a mistake on the one hand, and on the other hand said that he would continue to develop the Metaverse, and firmly believed that Meta was underestimated.

If you still think of Amazon as an e-commerce platform for cloud computing business development, then you may need to rethink that in 2022, Amazon will become the most successful MMO publisher in the European and American markets. After releasing New World and Lost Ark, Amazon is setting new records on the MMO circuit. Games of various MMO genres can be found in redfinger cloud phone. As of press time, “Lost Ark” is the game with the largest number of real-time online users on Steam, with a single-day stable peak user number of about 300,000 and a historical peak of more than 1.3 million. On December 8, at The Game Awards, Amazon Games announced a partnership with Bandai Namco Online Inc. Signed a new publishing deal to bring Blue Protocol, a multiplayer online action role-playing game featuring beautiful art inspired by the cartoon, to North America, Europe, South America, Australia and New Zealand.

In the matter of entering the gaming industry, in addition to Amazon, the streaming media giant Netflix is also making real moves. After the financial report for the third quarter of fiscal year 2022 was released, Netflix Game Studio Director and Vice President of the Game Division MiKe Verdu said that Netflix has 55 new games under simultaneous development, and the company is also seriously exploring cloud gaming products. It is worth noting that although these games under development are the same as the products that have already landed on the Netflix Games game platform, most of them are mainly small-scale film and television IP peripheral games, but Netflix obviously does not only focus on these lightweight products superior. In October 2022, Netflix established a dedicated game studio and invited “Overwatch” executive producer Chacko Sonny to lead it, and the subsequent recruitment information also suggested that Netflix has plans to develop FPS or TPS 3A games. After acquiring three studios, including Spry Fox, Netflix now has six in-house game studios. This decisive investment in the gaming industry has also led Reuters to predict that Microsoft may acquire Netflix in the near future. After all, compared to pure streaming services, Netflix Games, which explores the subscription system like XGP, looks more like a game with Microsoft. Assets that are more closely related to the business.

On December 9, 2022, the 2022 TGA Game Awards Ceremony, known as the “Oscar” in the game circle, came to an end in Los Angeles, USA. In TGA’s selection this year, “Elden Ring” finally won the title of TGA’s 2022 Game of the Year (GAME OF THE YEAR), and also won three awards for best game direction, best art direction and best role-playing game. In fact, comparing the sales and spread of other 3A games around the world in the first half of 2022, the “soul” spiritual sequel “Elden Ring” can be said to be the only 3A game hit in the first half of the year. The excellent game quality, rich content and vast map have greatly improved the playability of the game itself. According to data recently disclosed by the game publisher, as of the end of September 2022, the global sales of physical and digital versions of “Elden Ring” have reached 17.5 million copies. The game’s soul-based open world design takes the soul-like gaming experience to a new level. On August 31, Japan’s Kadokawa issued a statement agreeing that Tencent’s subsidiary Sixjoy and Sony’s SIE Tokyo used cash to purchase new shares issued by Kadokawa’s subsidiary FromSoftware. After the transaction is completed, Tencent and Sony will become Falcom’s second and third largest shareholders, respectively. These funds will be mainly used to strengthen the ability to create and develop game IP.

Why Should You Play The Game Of Ludo Online?