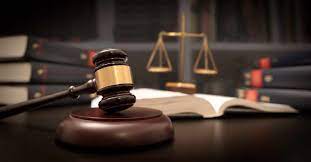 Civil Cases in Dubai can be lodged with the help of Lawyers. Lawyers in Dubai are the top most lawyers who are also very famous in all over the United Arab Emirates. It means a Lawyers in Dubai can also be hired for filling a case in Fujairah or RAK or another Emirates. For appearing in DUBAI, RAK and Abu Dhabi, the lawyer needs to have the separate license. For other Emirates, a lawyer just needs to have license from MOJ or Ministry of Justice.

Defamation is related to loss of reputation, intangible assets, brand value, image loss or an attack directly on the self-esteem of a person who is well organized and recognized. Defamation Cases are classified as Criminal Cases all over the world. Same treatment is for Defamation Cases in UAE too. When a false claim or the statement is made against a person or company then he or the company has right to file a defamation case as Civil Case in UAE. A separate law is made which is called as Federal Law # 31 of 2021. It says that person can file a civil case against the defamation and can also ask for the monetary compensation. Libel and Slander are two types of Defamations, as per the Law (UAE Law). Libel is in written format and Slander is only verbal.

Court may award the innocent person (mostly the plaintiff) with justice which can be fine on accused person or fine on accused person or both on accused person. If the plaintiff cannot prove it then court may also pass a counter judgement against him. Both parties can also file the case and counter case against each other. The recent example is Depp Vs Amber, where court awarded the compensation to both parties but one has to suffer more than the other party, due to her claims which that party could not prove in the court. UAE Penal Code Articles 425,

Articles 425 and 426 of the UAE Penal Code set out the offence of defamation. The Article 425 articles states that IF A PERSON WO TRIED TO DEFAME A PERSON PUBLICLY, AD PROVED AS GUILTY CAN BE PUNISHED WITH A JAIL SENTENCE OF TWO YEARS OR A FINE UP TO 20, 000 AED MAXIMUM.

Federal Law #34 of 2021, which is about Cyber Crime also deals with fake news spread in public through modern or IT mediums. This article states that DEFAMATION MADE THROUGH SOCIAL MEDIA OR USING ELECTRONIC MEDIUMS CAN PUT A FINE WHICH IS NOT LESS THAN 250000 AED AND NOT MORE THAN 500, 000 AED AND THE JAIL OR DETENTION WHICH IS NOT MORE THAN 1 YEAR.

Civil Case can be filled for the Defamation. It is allowed everywhere in World. Even the Law exists in less developed countries as well, though the law is not followed there. United Arab Emirates is one of those countries where law is strictly implemented and followed.

Baby Blues: 5 Things to Include in a Gift Hamper for New Parents